This monstrosity of a hat is currently on auction at Ebay, bids are currently at £75K! unbelievable!! Toilet seats are on sale at BM Bargains for £2.99, incase anyones interested. 😛

There has been much speculation as to the whereabouts of the couple, it has been confirmed that the Syechelles was their chosen honeymoon location.

Dubbed one of the most romantic destinations in the world, was tipped as the likely location with many celebrities having succumbed to its charms.

It would have been an ideal location for peace and quiet following the media frenzy and hectic schedule they both had in the lead up to their grand April 29 wedding at Westminster Abbey.

Clarence House confirmed the Royal couple have returned from spending their honeymoon on the private island – one of 115 in the archipelago, northeast of Madagascar. It is believed to have cost £4000-a-night.

In a statement, it said: “The couple thoroughly enjoyed their time together, and they are grateful to the Seychelles Government for their assistance in making the honeymoon such a memorable and special 10 days.”

Fergie has been pouring her heart out to Oprah about not being invited to Kate and Will’s wedding. This is what she had to say…

“I wasn’t invited,” Fergie declared in an interview with Winfrey. “I went through the phase of feeling so totally worthless and that it was quite right they didn’t invite me. Why would they – why would they invite me?”

It wouldn’t have anything to do with the fact you tried to sell out the father of your children and the queen’s son for money? would it? And that feeling of “Worthlessness” well at least you value your ex husband around half a million pounds! I bet he felt well worth it!! Especially being a prince! 😛

Personally Fergie I do think you should have been invited as the mother of those girls, because I know had you been there you would have dressed them better!

The Duke and Duchess of Cambridge have gone on their honeymoon, St James’s Palace has confirmed.

William and Kate are understood to have left on Monday for an undisclosed destination, more than a week after their wedding in Westminster Abbey.

A spokesman for St James’s Palace said he would not confirm their honeymoon destination. According to reports, the couple may have headed for the Seychelles.

“We are not confirming and we are not commenting on speculation on where they may be going on their private honeymoon, we are just confirming that they have gone,” he said.

“The couple have asked that their privacy be respected during their honeymoon.”

The Prince returned to his job as an RAF search and rescue helicopter pilot last week after marrying Kate in a spectacular ceremony celebrated around the world.

According to reports, his car was seen leaving Anglesey, North Wales, on Monday accompanied by a police Range Rover piled high with luggage.

St James’s Palace declined to say how the long the honeymoon would be but confirmed that William had taken two weeks leave from operational duties.

As well as the Seychelles, Africa, Jordan, and private islands in the Caribbean such as Necker and Mustique have been suggested as possible honeymoon destinations. 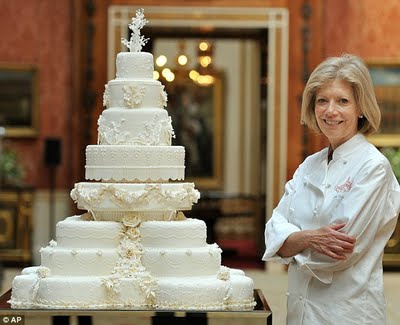