This song has been quite popular for a while and the music video is FINALLY here!

This song isn’t like Lil Wayne’s usual songs, it has no swearing words and he isn’t rapping. That is the reason it stood out to me. His usual songs are really good but not everyone likes them, in my opinion this is his first proper song and I would actually listen to this.

You had a lot crooks try to steal your heart / Never really had luck, could never figure out how to love. When you was just a youngen your looks were so precious / But now you’re grown up so fly, it’s like a blessing / Can’t have a man look at you for five seconds without you being insecure / You never credit yourself, so when you got older it seems like came back 10 times over / Now you’re sitting here in this damn corner looking through all your thoughts and looking over your shoulder.

We have never seen this side on Weezy before and I really like it! Not that I want the Rap Master going all Singer-Songwriter but this gem shows that even the hardest of exteriors can have a gooey center.

I think this is the best song he has ever done!

Here is this video, so check it out for yourself:

This is a well known short story that I really wanted to share today. Definitely worth a read weather you have kids or not.

A man came home from work late again, tired and irritated, to find his 5 year old son waiting for him at the door. Daddy, may I ask you a question?”

“Daddy, how much money do you make an hour?”

“That’s none of your business! What makes you ask such a thing?” the man said angrily.

“I just want to know. Please tell me, how much do you make an hour?” pleaded the little boy.

The father was furious. “If the only reason you wanted to know how much money I make is just so you can borrow some to buy a silly toy or some other nonsense, then you march yourself straight to your room and go to bed. Think about why you’re being so selfish. I work long, hard hours everyday and don’t have time for such childish games.” The little boy quietly went to his room and shut the door.

The man sat down and started to get even madder about the little boy’s questioning. How dare he ask such questions only to get some money.

After an hour or so, the man had calmed down, and started to think he may have been a little hard on his son. Maybe there was something he really needed to buy with that $10.00, and he really didn’t ask for money very often.

The man went to the boy’s room and opened the door. “Are you asleep son?” he asked.

“I’ve been thinking, maybe I was too hard on you earlier,” said the man. “It’s been a long day and I took my aggravation out on you. Here’s that $10.00 you asked for.”

The little boy sat straight up, beaming. “Oh, thank you daddy!” he yelled. Then, reaching under his pillow, he pulled out some more crumpled up bills. The man, since the boy already had money, started to get angry again. The little boy slowly counted out his money, then looked up at the man.

“Why did you want more money if you already had some?” the father grumbled.

“Because I didn’t have enough, but now I do,” the little boy replied.

There was a man who had worked all of his life, had saved all of his money, and was a real miser when it came to his money. Just before he died, he said to his wife, “When I die, I want you to take all my money and put it in the casket with me. I want to take my money to the afterlife with me.”

And so he got his wife to promise him with all of her heart that when he died, she would put all of the money in the casket with him.

Well, he died. He was stretched out in the casket, his wife was sitting there in black, and her friend was sitting next to her.

When they finished the ceremony, just before the undertakers got ready to close the casket, the wife said, “Wait a minute!” She came over with the box and put it in the casket. Then the undertakers locked the casket down, and they rolled it away.

So her friend said, “I know you weren’t fool enough to put all that money in there with your husband.”

The loyal wife replied, “I’m an honest loyal wife, I can’t go back on my word. I promised him that I was going to put that money in that casket with him.”

“You mean to tell me you put that money in the casket with him!!!!?”

“I sure did,” said the wife. “I got it all together, put it into my account and wrote him a check.. If he can cash it, he can spend it.”

A heart surgeon took his car to his local garage for a regular service, where he usually exchanged a little friendly banter with the owner, a skilled but not especially wealthy mechanic.

“So tell me,” says the mechanic, “I’ve been wondering about what we both do for a living, and how much more you get paid than me..”

“Well look at this,” says the mechanic, as he worked on a big complicated engine, “I check how it’s running, open it up, fix the valves, and put it all back together so it works good as new.. We basically do the same job don’t we? And yet you are paid ten times what I am – how do you explain that?”

The surgeon thought for a moment, and smiling gently, replied,”Try it with the engine running..”

As a regular net user for some years now I’ve come across quite a few scams in my time.

At first glance I was probably more excited than anyone to know there was a chance to inherit a few million dollars from someone who had the same surname as me, then the intelligence inside me told this was too good to be true. 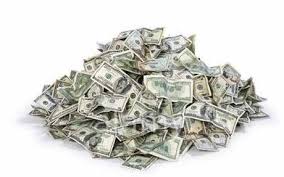 This lawyer was claiming that someone had died leaving a will but he was unable to trace a relative who stood to inherit the entire fortune. As I shared the same  surname as this person he would send the money to me instead by claiming I was this person and in return he wanted a certain percentage of it.

I played a long just to see how far this could go and I knew there was a catch somewhere and lo and behold it didn’t take long for it to come.

He wanted a photocopy of my passport and bank details. His emails promised a lot of money but it was clear it was some sort of scam to get my personal details. Needless to say I never did send them instead I replied by saying that for all those millions I really didn’t mind travelling to America to meet him and would happily bring any documents that he required with me.

Well.. yes you guessed it .. he never replied back..

I’m glad my instincts were right and told me not to get taken in by this person but sadly very often many people do. There are so many scams that are on going and of different kinds too. I had a poke around and found quite a few and I’ve made a list, remember always protect yourself and stay safe on-line and if something sounds too good to be true, it usually is.

It can be very tempting to buy a Gucci handbag or Armani shirt from a market stall at a knock-down price. But counterfeit goods of this kind are rarely well made.

Even though they are a fraction of the price of the real thing, you may still end up losing out as a result. After all, no matter how cheap a handbag is, if it only lasts a week before starting to fall apart, then it can hardly be seen as a good buy. Also those who know their stuff can tell a fake a mile off and that causes even more embarrassment when it’s pointed out.

As they say in business, there’s no such thing as a free lunch. Emails or text messages saying that you have won a big cash prize in a lottery you never even entered should therefore be treated with the utmost caution.

If not, you are likely to end up paying to receive a “prize” that never existed in the first place.

Remember if you have to call up a certain number to get codes note that call is going to cost you a bomb too.

We have all seen adverts and spam emails marketing miracle slimming pills that can help you lose weight even if you continue stuffing your face and slouching on the sofa.

However, sending your credit card details to the companies supposedly offering these is likely to result in you losing the money and never receiving the pills.

What’s more, even if the miracle cures do arrive, the chances of them having any lasting effect is slimmer than you are ever likely to be as a result of taking them – and the fraudsters behind the scam may even use your details to steal your identity or spend on your card.

One of fraudsters’ favourite tricks is to dupe people into transferring money or handing over their personal details by tempting them with news of a huge inheritance left to them by a relative they never even knew they had.

However large your family, though, it is unlikely that the existence of a wealthy great-aunt or second cousin is going to have totally passed you by. And it’s even less likely that someone you have never met is going to leave you a vast fortune.

Things like that only really happen in the land of (badly written) fiction!

And remember my story too!

Counterfeit tickets have always been a problem, but ticket fraud has evolved over recent years and the related scams are becoming more cunning by the day.

One of the most common tricks used by today’s sophisticated fraudsters is to set up fake websites offering tickets to sold out concerts, festivals and football matches.

When the tickets bought by music and sports fans fail to arrive, the scammers behind the sites then instruct users to claim the money lost from their credit card providers.

To avoid falling victim to this scam, check if the site is a member of STAR – the Society of Ticket Agents and Retailers – before parting with any cash.  If unsure find a site that does.