The new iPhone has just been announced!

It will have Dual Core processor, Up to 2X faster CPU, Dual Core Graphics and Up to 7X faster graphics.

The Camera will be 8 megapixels, all new optics and a 1080p HD video recording.

Another amazing feature in the iPhone is ‘Siri’. Siri is a voice control feature. You simply tell it something or ask it something and it replies. Scott Forstall demonstrated Siri by asking the iPhone “What is the weather like today?” Siri responds: “Here is the forecast for today.” It also uses your voice to send messages, set reminders, search for information and more.

Some people are extremely let down because most people were expecting the iPhone 5. But in my opinion, the new iPhone is very good even if it is just called the iPhone 4S and not iPhone 5.

The iPhone 4S will run iO5, which has a Notification Centre, iMessage and over 200 new features.

Another very cool feature is iCloud, which stores all your content and pushes it to all your devices.

It will be available in Black and White.

And now for prices:

All on a Sprint, on a two year contract.

Here are some pictures from the event:

I don’t usually post stuff like this, but it was too good to pass up. Apparently Justin Bieber uses a Jailbroken iphone. 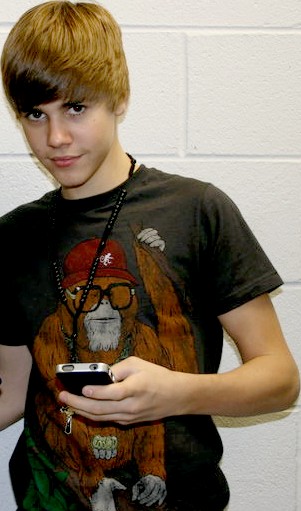 As evidenced in one of his tweets, Justin Bieber uses a jailbreak Twitter extension called ‘qTweeter’. With over 11 million followers, I am sure Bieber is familiar with the best Twitter apps out there.

There is really nothing else to say about this except,  I hope Justin reads http://www.idownloadblog.com/ for all his Jailbreaking needs. 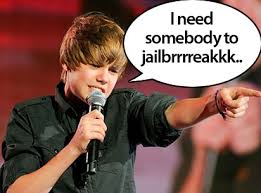 Viber is one of the best apps on the iPhone for making free calls and texting. I can’t say enough about this app because it works for international calls and texting too. Since getting this app it’s saved me hundreds of pounds because I can now call anywhere in the world to anyone who has Viber down loaded in their phone.

The reception and connection on calls is great and texting is very reliable too. Works great outside when you are on the go. Like the WhatsApp Mesenger I mentioned yesterday there is no log in or log out or pins as its all done through your phone book.

Once you have installed Viber it will show you automatically who else in your phonebook has Viber and it will send them a notification informing them that you are now a member of Viber. Then all calls to other users and texting is free no matter where they are in the world.

As with all apps there are always a few glitches and this one has got some but nothing that will seriously hinder you using it and enjoying its free benefits.

The app is free so what you waiting for?