Id made the fake account on Facebook to try and see if Raj was upto no good because lately he’d been distant and not talking much. Call it paranoia or wherever it was really starting to get to me. One should never do internet relationships but hell little did I know I was about to enter another that would consume the next five years of my life.

The fake account was ready I’d called her Rosie and given her a very eye catching picture. She’d defo catch Raj’s eye once I’d put her in the right places. All I now needed was a few Fb buddies to make the account look real.

I sent a few random requests and then one guy in particular caught my eye. He was American and the idea that he was in a different time zone seemed perfect. If we got chatting he’d be around when my other buddies weren’t late at night. It would mean I’d always have someone to chat to when I’m bored. Friend request sent to Nawaz Ahmed…. 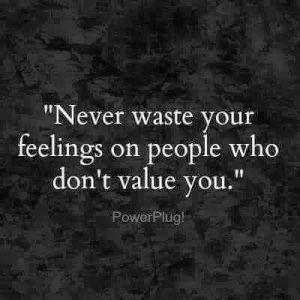 Quote of the day

Haven’t been on in a while as you guys will have noticed. Life just took a different direction. I also ended up in this Facebook group and ended up running it. Now I own my group which kinda keeps me busy too. I’m gonna be here more often because my head is full of so much stuff that I need to talk about.

Look out for my next blog post very soon ☺️

We take so much in life for granted that we never realise that some of these things can be taken away in an instant. Even through no fault of our own we can lose something that we didn’t even know was so precious to us till it’s gone. Some things lost or gone can never be regained yet it can shape and destine our future forever. Perhaps one day we will come to understand and know what the bigger plan was. Maybe it’s bigger than any of us can ever imagine but one things for sure God gives the toughest battles to his strongest soldiers.

It seems I have a wordpress anniversary.

Can’t believe I’ve been here this long! I started this blog in 2011 and gosh how I’ve grown!

I’ve shared many thoughts, feelings and views with you all and you have always given me the best responses ever. You became not only my readers and followers but my wordpress family too.

So everyone thanks a lot and enjoy the cake!! > 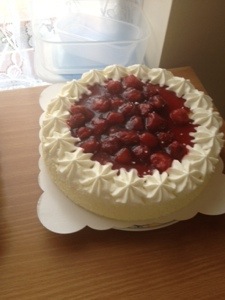 There’s a question that’s been running through my mind for quite a few weeks now which I thought I would put to you today.

Please answer as I think it would good to see what everyone thinks. What does happiness mean to you? Is it in seeing others happy or making them happy by doing everything you can? Is it helping the world become a better place. Is it sharing your own happiness?

As you can see there’s many reasons but how often do we think deep enough to define happiness? For me happiness is inner peace and tranquillity which seems to elude me always.. that doesn’t mean I’m always grumpy, quite the opposite in fact but to truly reach that point where I can say I’m really happy is to truly have inner peace for myself. Be able to sleep easily without any worries or tensions.

So what does happiness really mean to you people?

It was 2.30am on a cold Thursday January morning. We received a call, the kind of call that I wouldn’t even wish upon even my greatest enemy.
The call was from India. My cousin who was just 37 years of age, married 4 years and a father of a 2 year old little girl had just died in his sleep. Just like that he was taken away from us in one split second. It’s a simple as that, one minute you’re here and the next minute you’re gone.
At first when I got woken up by my mum I thought she had mistaken my cousin for someone else. She knocked on my door in the middle of the night and looked shocked and upset, still coming to terms with what she had just heard. My heart beat so fast as I was trying to find out what the hell was going on. Nothing made sense. After all he was fit and healthy and had no health issues. I just couldn’t believe it. When she said those words out loud that he had passed away. I can’t describe to you the pain I felt. As if someone had literally ripped my heart out and split it into two. We were so close, spending each Christmas together when he lived in the UK. It felt like I was in some sort of sick nightmare. Myself and my mum sobbed inconsolably. Surely this couldn’t be true?
Oh it was. I rang India to find out for myself. My cousin picked up the phone and she was crying uncontrollably. I found out that he had died in his sleep with a brain haemorrhage, with his wife and daughter next to his side. She had no clue. He wasn’t even in any pain, he just slipped away peacefully to the heaven’s.
Ever since that day I have been questioning everything. My complete life. How I interact with people, how I live my life and who my friends and enemies are. Above all, what do I want out of my life? I’ve always known, and it’s been said time and time again that life is too short but if there was some sort of sick example I had definitely been shown it. Life really is too short. To think one day you won’t actually wake up, and this is true of everyone in the world.
Since that day I have been thinking that if tomorrow was my last day what regrets would I have? What would I do more of? Who would I have wanted to see more of? A few thoughts came to my mind.
I’m an ambitious entrepreneur and sometimes I get so bogged down in my demanding job and work schedule that I even get “too busy” to reply to a text to a loved one. Again because of my business I don’t spend near as much time as I should with my family and friends as I’m always “too busy” working. I become too obsessed with chasing the money/dollar trying to become successful and making a name for myself. I mean yes money is important but in the end we are going to the same place so we can’t take it with us.
The truth is in this 21st Century Britain us British Asians have just simply become “too busy”. Too busy with our kids, too busy with our career or too busy hustling. We just don’t seem to have enough time for our loved ones. But then isn’t that what life is about. Cherishing those beautiful moments with the people you love most?
Of course it is. But that sounds so simplistic. But it is simple. If you get rid of all the drama and negative energy that weighs you down, then life should be about that.
For that reason I have made 5 rules which I will try and abide by moving forward. Because if I do die tomorrow, I will have the least amount of regrets from my side:

1) Spend more time with your friends and family. Because in the end that’s what really matters. Try and see them at least every few months or what your schedule permits. It can be difficult with family that perhaps don’t live in the same city as you but make a conscious effort to see them or even pick up the phone.

2) Do more things that you LOVE. I don’t know about you but sometimes I just love doing nothing! Lounging around in my pj’s eating junk food and watching Sex and the City. Due to my tight work schedule and my side business I very rarely get to do this. But now I’ve realised it’s really important to do this at least once a month. I’ll sure be doing this in February!

4) Travel more. The world is such a big beautiful place. 7 continents, 196 countries and god knows how many languages. I think we do get bogged down in our little world in our tiny little city and forget that the world is a big place. I’m planning on doing lots more travelling this year to Europe. Take time out and experience the world, after all you only live once.

5) Work on being the best you can be. I’m unhappy with my weight. Always have been. Not that I’m obese or anything but I want a body that I’m proud of. That’s why I have decided I will get the body I WANT this year. I’m going to be working on being the best I can be so I have no regrets.
If there is anything you take from this post, make sure you have no regrets and live life to the fullest.
In the end, it’s not going to matter how many breaths you took, but how many moments took your breath away

This post was written by Sharn Khaira, who has set up http://www.indian-connect.co.uk, an online community where Sikhs and Hindus from the UK can connect with each other.

Where are you?
What are you doing?
How was your day?
Did you think of me?
Did I cross your mind?
Did your heart miss a beat?
Did you miss me?
Feel the despair?
The tug on your heart?
The pain?
The loneliness?
Did you squeeze your eyes close and shake your head? Trying to erase me from your mind.
From your heart.
I won’t go so easily you know that don’t you?
I’m there under your skin in your blood in your veins in your sweat in your head.
Im pouring out of you.
I dance in your heart.
Im running through every nerve in your body.
As if I’ve touched you and electric jolts pass through you. I’m there, there and there I’m everywhere and I’m not going anywhere….